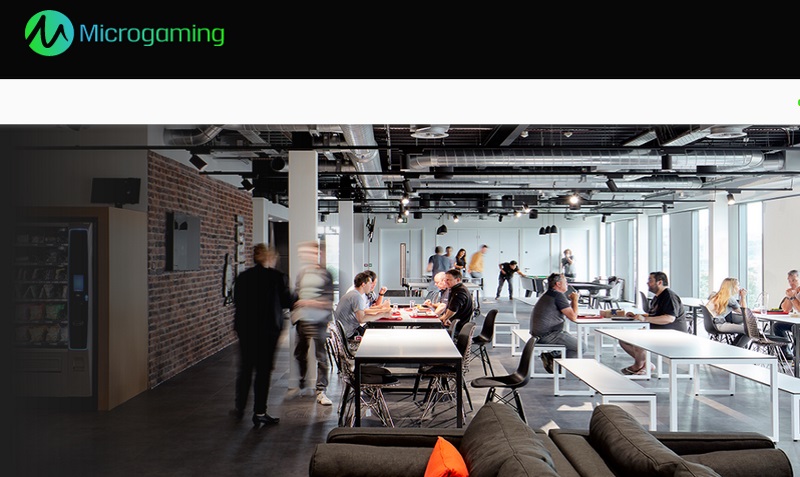 A staple in the online casino games industry, Microgaming is said to be the first company to ever produce an online casino game, back in 1994. Back then, most people never even had access to a personal computer, let alone one with an internet connection. But Microgaming had a vision, and their vision changed the way people gambled around the world forever.

Microgaming offers more than 600 casino games, most of them being video slots. Their offer also includes table games, live poker games with a live dealer, and so on. Based on the country where you live, you can have access to more or less of the Microgaming’s games.

The company has a lot of subsidiary firms, one of which is Quickfire. You might find the name of the subsidiary when you enter a Microgaming slot, as they are the ones responsible for delivering the games to the most online casino. Keep in mind that yes, it’s still a Microgaming slot that you’re playing, so you can peacefully go ahead and spin away!

Microgaming has its own online poker network, The MPN. They first named it Microgaming Poker Network, or Prima Poker. The software developed by the company allows for people to play multiplayer poker, with Texas Hold’em being among the favorite kinds, but also Seven Cards Stud and others.

MPN is the very first online poker room to be offering Anonymous Table, in an attempt to eradicate player tracking tools. Back in November of 2013, MPN became one of the first and only to give its players a fully home-based achievements system.

In May of 2009, the company announced the biggest online casino win in its history. The win came through the progressive jackpot of the famous Mega Moolah slot. The winning bet was 25 pennies worth, but the player of the bet won $6,374,434. This was at the time the largest ever online casino payout in the history of time. The win was later surpassed by other jackpot wins, on games developed by other rival companies of Microgaming.

Mega Moolah is also responsible for the world record for the highest-paying online slot machine jackpot. It happened on the 6th of October, 2016. Jonathan Heywood, a resident of the United Kingdom, received an $18,000.000 payout when he landed on the mega jackpot while playing on Betway, one of UK’s most trusted online casinos.

In May of 2010, the people at Microgaming launched Quickfire Games, a company that licenses the games Microgaming develops to other, third-party developers, white label casino platform providers and so on. The move was a total success, further spreading the name of the company.

Microgaming is responsible for another world’s first because, in May of 2016, they released VR headset games using the Oculus Rift technology. Their focus was on the Virtual Reality Roulette, and the game was a hit among VR enthusiasts.

The record-breaking Mega Moolah progressive jackpot win from 2016 was not the last huge win from a Microgaming slot. In January of 2017, the same slot released its progressive jackpot once more. The lucky duck who landed on it, playing on the Captain Cooks Casino platform, received a whopping $6.078.249,33 which was paid to him in one sum, as policed by the provider. Now that’s a life-changing spin!

Mega Moolah – The world record for the biggest jackpot

In October of 2015 Jonathan Heywood, a British soldier, tried his luck at an online casino in Great Britain. He bet only 25 pennies on one spin, but one of those tiny spins made him win the bet of his life. He won the higher than $18 million jackpot, the highest ever prize on an online casino. The jackpot was awarded in the Mega Moolah progressive jackpot slot from Microgaming.

It is worth mentioning that the slot that gave away the mega prize could’ve been any other online Mega Moolah slot on the planet, as the jackpot is a cumulative one. This means that the value of the jackpot stays the same, regardless of where you’re playing the Mega Moolah jackpot from.

Also, 3 of the biggest 5 jackpot wins of all time were from the Mega Moolah slot. Two other lucky players won $6.9 and $8 million. The Mega Moolah slot is offered by most online casinos that have Microgaming as one of their games providers, enjoying the popularity that the media coverage created around the slot, after it spits out the huge jackpot wins.

Microgaming has specialized in slots games over the year, so you can definitely find every theme imaginable in their repertoire. There are movie-themed slots like Game of Thrones, Hitman, The Dark Knight or Terminator. By playing them, you’ll feel like you’ve just entered the world described in the movie, but with the twist of earning some money while playing in it. There are also a variety of wildlife-themed slots like Crowned Eagle, Wolf Pack, Giant Panda or Bengal Tiger, but also many others for the wild and animals lovers.

Let yourself be surrounded by the wild animals, with their almost real looks and sounds, but also with the possibility for real wins for you lucky players. Some of the most famous slots in the Microgaming’s bag of games are Immortal Romance, Thunderstruck II, and Ariana. Regardless if you’re just starting out, or are a veteran of the games, the certainty is you will surely find a game that fits your needs and desires.

Microgaming started off as a download-only slots developer. Nowadays, most of Microgaming’s games are available online, so you don’t need to download a client or even register and make a deposit in order to be able to play. You can find demo versions of the games everywhere online, allowing you to try your luck and see which games sing along with you, and which don’t.

A word of warning before you go ahead and spend your first dollars on these slots: be aware that these games can be addictive, and sometimes they make even the most rational person into irresponsible gamblers that are unable to take care of themselves. If you feel like you’re about to lose control over your spending, please seek professional help immediately.