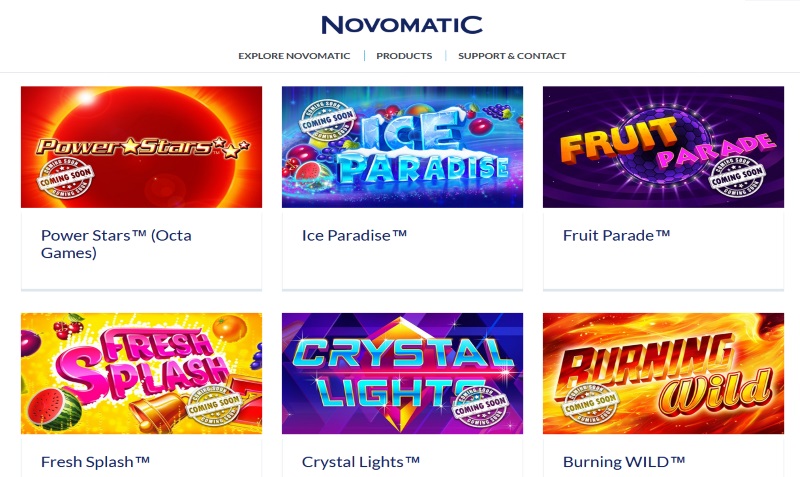 Novomatic, the Austrian-based gaming platform actually started off as a gaming machines factory. It happened back in the 1980s when after a while the company became the largest land-based casino supplier in the world. Novomatic shipped their games to over 70 countries all around the world, gaining a small fortune from every single one of them as they were making money for the casinos where they were installed.

Years later, in late September of 2011, Novomatic wanted to change its ways and replicate the success they’ve had with the slots and other gambling machines, but in the online spectrum. After taking over a firm called Greentube Internet Entertainment Solutions, they started working on their online-based games that would soon revolutionize the industry.

Since then, Novomatic has stumbled upon the same, if not a higher level of success simply by extrapolating their knowledge from the offline to the online world of gambling. They’re one of the pioneers in online gaming solutions, continuing to develop and release new, innovative and creative online casino games today. How can you tell if your favorite online casino has Novomatic games? Well, you can tell by the label at the start of the game, but mainly by the quality and instantly recognizable games, they produced over the years.

Playing a Novomatic game looks like going to a well-equipped theater, with the most advanced picture technologies available. The graphics they use are a staple of the industry and look as good as a new Steven Spielberg Imax movie does. Everything is sharp, eye-catchy and so meticulously put together, you can’t believe it’s just a slots game.

It’s not just about the graphics though, as sounds play an equally important part in the development of the overall atmosphere a player has to feel when playing. At the base of them, all is the Novomatic software, which is stable, trustworthy and growing every year.

Novomatic developed a lot of table games that you can find in most serious online casinos, but the ones they did masterfully are definitely the slots. Novomatic has close to 50 original slots in their portfolio, arranged in the classic 3-reel and multiple pay lines, the highest configuration allowing for 25 pay lines in one slot. Most games that are produced by Novomatic come with a gamble feature, like double-or-nothing, for example. These features allow for better wins and are always a hit with avid players.

Focusing more on the game-play and special features, most Novomatic creations have no jackpots. Still, you can win between $3000 and over $100000 on the few ones that do have progressive jackpots. An example would be the famous “Golden Sevens” slot, a hit with most players looking to have a good time on a remastered old classic. If you feel like it, you can try other games, like “Fruit Parade, “King’s Treasure” or “Amazon Beauty”.

The more famous games are the popular “Book of Ra”, a classic game that has been an absolute number one on a bunch of international gambling platforms. Indiana Jones will guide you through the reels as you spin away for a chance to hit on the big prizes. Moreover, all these games can be played on your mobile devices as of recently, so there’s no restraint for when and where you can play. Also, some older classics have now been released under the “Deluxe” versions, so if you’re into old, but reimagined stuff, they’re there for you.

Novomatic is one of the biggest players in the online gambling industry. Whether you’re just starting out or a veteran, a Novomatic game should definitely keep you entertained for hours on end and, with a little luck, earn you a few extra bucks.